A pacemaker is an implanted medical device, operated by a battery, that monitors heart rhythm and helps the heart achieve normal rhythm in case the heartbeat becomes too slow. Millions of people around the world have a permanent, implanted pacemaker, and as such, these devices have become routine both in implantation and use. The pacemaker is comprised of two parts –- the pacemaker or pulse generator itself, which is:

When are Pacemakers Needed?

The normal heart sends electrical signals at a rate of approximately 60 to 100 beats per minute at rest.  However, when these electrical impulses are slowed or blocked, a condition known as bradycardia or slow heartbeat, it mayrequired that a pacemaker be implanted to ensure proper functioning and heartbeat. Typical conditions that require a pacemaker all involve slow heartbeat / bradycardia and may include:

How is a Pacemaker Implanted?

The implementation of a pacemaker has become routine and is performed in a minimally invasive manner. Patients will only require local anesthesia and the procedure itself requires approximately an hour.

To begin, the EP will make a small incision in the skin just below the clavicle or collar bone. This gives access to the appropriate veins through which the leads will be guided into the heart. Depending on the pacemaker being used, there maybe one (single lead pacemaker), two (dual chamberpacemaker), or three (biventricular pacemaker) leads which are then fastened to the appropriate tissue in the heart. The other side of the lead will be connected to the pulse generator, which is then attached to the tissueunderneath the skin. Because of the low profile of the pacemaker, it will likely usually only show cosmetically as a small bulge under the skin.

Once the pacemaker has been implanted, patients will usually go home the same day but may need to stay in the hospital for one night. The nursing staff at the hospital will offer guidance as to how to care for the incision and practical tips for life with the pacemaker. For a period of several days after surgery, we will ask the patient to limit the mobility of the arm closest to the pacemaker.

It is important to remember that a pacemaker represents a long-term solution for the symptoms of bradycardia and is not a cure. Further, the pacemaker implantation comes with some risk, as does any surgical procedure. This risk can be exacerbated by a patient’s advanced age and poor general health. These risks may include:

The pacemaker will be programmed based upon the results of our testing. Depending on the specific type of pacemaker being used and the patient’s condition, a follow-up programming appointment may be required. Changing the programming of the pacemaker is a fast and simple process.

Since the pacemaker uses electrical impulses to function, some electronic devices can interfere with its performance. Smaller electronics tend to be fine, however patients should be aware of the items that can cause trouble. The common example is passing through a metal detector in airport, which can cause disruption in the pacemaker. Patients who are traveling should let a security agent know about their pacemaker before entering the security checkpoint. The manufacturer of the pacemaker will have a comprehensive list of situations to be mindful of.

Depending on the make and model of the pacemaker, magnetic resonance imaging for MRIs may or may not be possible. Virtually all older pacemakers are incompatible with MRIs. Newer pacemakers may allow for MRI scans in certain circumstances. Again, consult your medical team before opting for an MRI.

Pacemakers use a sealed battery to function. Since this battery is sealed within the pulse generator case and implanted in the chest wall, the battery cannot be swapped without a repeat procedure known as a generator change. Although these batteries typically last up to 10 years, each patient will see different results. If the battery seems to be running low, replacement options will be discussed with patients. 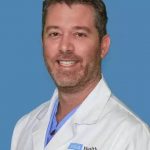