For many years, the medical community’s assumptions regarding the treatment of AFib was based on the AFFIRM Trial, which underestimated the risks of AFib. As a result, patients and medical professionals underestimated short and long term consequences. AFib can be silent without any sensation of palpitations or abnormal heart beating yet still have serious consequences that include increased mortality, dementia, decreased quality of life, stroke and heart failure. Treatments such as catheter ablation provide an effective and durable solution that treats each of these consequences. Contemporary ablation techniques result in success rates for AFib as high as 88% (usually with same day discharge from the hospital).

Atrial Fibrillation or AFib is the most common arrhythmia, or irregular heartbeat, and becomes more prevalent as we age. About 1 in 4 people over the age of 40 will go on to develop AFib. It can occur occasionally (called paroxysmal AFib) or be present all day everyday (called persistent AFib). Learn more about the different types of AFib.

A healthy heart sends out an electrical impulse at a regular interval from a single source in order to tell the heart to squeeze. This electrical impulses begins in the sinoatrial (SA) node located in upper portion of the right atrium. The electricity first spreads through the right and then left atria (upper chambers) which squeeze in response to the impulse. The atria squeeze to help fill the ventricles (lower chambers). The same electrical impulse that came from the SA node and just made the atria squeeze then travels down the atrioventricular (AV) node which bridges the atria and ventricles of the heart. Upon being released from the AV node the impulse enters the ventricles which respond by contracting to push the blood into the body. The heart then waits for the next electrical impulse to start the cycle over again.

Atrial fibrillation occurs when the electrical impulses in the upper chambers mill about in disarray, often as fast as 600 beats per minute. This causes abnormally fast and irregular contractions of the atria. The AV node slows these impulses as they reach the ventricles, but the ventricles still beat at an elevated and irregular rate. As a result of this uncoordinated beating, the atria and ventricles beat out of sync and blood is not efficiently pumped. Possible complications can include the pooling of blood in the left atrium, allowing for the development of clots and increasing the risk of stroke. AFib can also cause heart failure, especially in older patients and patients with heart disease, as the heart will not be able to pump predictable and sufficient quantities of blood to the rest of the body. Present and past endurance athletes are also often susceptible to Afib. The cause of Afib is often never discovered in an individual patient, but risk factors such as thyroid disorders, sleep apnea, sedentary lifestyle, prior open heart surgery, poorly controlled diabetes and alcohol intake will be taken into account at the consultation.

AFib is diagnosed easily. A cardiologist, primary care physician, or NP/PA may identify it simply by listening to a patient’s complaints and medical history. The diagnosis will be confirmed using an electrocardiogram or ECG.

Treatments for atrial fibrillation have made a huge leap forward in the past decade. Patients no longer need to undergo open heart surgery or take medication for the rest of their lives to ameliorate the Afib. While lifestyle change can slow the progression of AFib, and we can mask the symptoms to some extent with some medications, the underlying condition should still be addressed as a result of the long term consequences mentioned above. Further, prescription drugs can be effective in controlling AFib, however they may cause significant side-effects and their efficacy can diminish over time.

There are risks associated with heart procedures, regardless of being minimally invasive. Minor complications include swelling and bleeding at the catheter insertion sites. In rare circumstances stroke, death, and emergency open heart surgery have been reported. You will receive a comprehensive aftercare packet on what to expect.

While the majority of patients respond well to catheter ablation, not all patients will recover a normal heart rhythm. If after 3 months a normal rhythm has not been achieved a second procedure is usually offered. Some patients may elect to use adjunctive medications known as antiarrhythmic drugs, although the goal is certainly to eliminate the need for these medications.

Recovery from the procedure is usually fast. Patients may be discharged after several hours in post-operative care or kept in the hospital until the next day. Patients report feeling tired and not at 100% for about the first 5-7 days although pain is usually minimal or nonexistent. Success rates are always improving with new technology and are usually individualized after synthesis of the available information at your initial consultation. 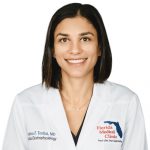